The Kind Older Sister Is No More 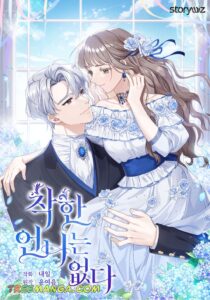 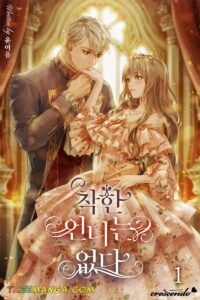 “Because I’m the big sister, I have to give in to you. Can’t you just forgive her?”
For her sick little sister, Riel. Irene was forced to live like a shadow, contributing to her sister’s prominence.
Irene thought she would do anything for her family. Until her sister took it all from her.
“Don’t call me sister. I’m not your older sister from now on.”
“Are you talking to me now?”
“Why didn’t Riel die for me? I gave up everything for Riel…”
One day, she realized that she didn’t even have a place in this house. The house where she could not receive a single love.
“I don’t want to have any more regrets”
After realizing his own situation, unfortunately, it was too late. Irene has begun to figure out how to be independent.
In front of her, Noel Christian, the grand duke was in a similar situation.
***
“Do you want to marry me?”
“If necessary”
“That’s disrespectful. If you want to be a duchess, then you should just give up.”
“No need for power, no need for love. Just a formal marriage is enough”
Noel looked at her quietly. A strange atmosphere suddenly appeared around her.
The clouds cleared and Irene’s eyes filled with light. Irene told him directly.
“Maybe we’ll be able to save each other”

Sister, I Am the Queen in This Life

Garbage Hero: a Revenge Story of a Hero Who Got Summoned to Another World

I Gave Birth to the Tyrant’s Child

The Rebirth of Noble: Revenge

Sister, I Am the Queen in This Life

Garbage Hero: a Revenge Story of a Hero Who Got Summoned to Another World